Corsica holds an interesting history with roots from Italy and France. The local Corsican language sounds more Italian than French yet everyone speaks both languages fluently. The weather is never too hot nor too cold and enjoys a minimum of 4 months to bask in the sun and swim in the ocean. The people….are extremely friendly and kind with the younger generation speaking fluent english. Of course it helps if you speak a bit of french as a “Bonjour” goes a long way in this French Territory.

On arrival at Bastia Airport, we hopped on the last public bus of the night for 8 Euros per person. The bus driver was kind enough to wait for any late night stragglers and we did not depart until 30 minutes later. We attempted to take a taxi from the Airport to the Bastia Port where our hotel was but that would’ve set us off at 60 Euros for a 20 minute ride.

We managed to book a wonderful *** hotel right next to the Port called Hotel Port Toga. The receptionist was super friendly and the hotel room was brand new and comfortable.

The next morning, we went straight to the car rental agency Europcar where we got upgraded to a brand new mid-size car. And so we began our journey to our first beach west of Bastia.

Located at the tip of the Northern part of Corsica, this hidden gem is only accessible by private boats or the ferry boat Lepopeye.  Ferry tickets are 30 Euros per person in the month of August and 25 Euros during the other summer months. This beautiful and pristine beach is absolutely amazing and a must see if you fly into Bastia.

Lovely quaint beach city with a lively ambience and atmosphere. The shops were open way past 7pm in August with lovely architecture and historic walking streets.

We had dinner at Hotel L’Europe where I had the best salmon tartare and tried some wine from Corsica. $$

Afterwards, there was a live performance by a lovely lady that performed Celine Dion and Whitney Houston songs alongside the Port. Lovely way to end the day!

En route to another beach West of Bastia, we managed to take some beautiful pictures along the scenic drive.

There was public parking at the beach as well as paddle boarding and floating mini cars for rent. The beach wasn’t too crowded and the shallow area dips a bit past 1 Meter. Great for snorkeling as we saw plenty of fishes and the terrain was interesting to see.

Our last day started with a delicious lunch at Nova and a stroll along the City Center of Bastia. $$

While we were sad to leave such a beautiful place, we were happy that things ended on a sweet note! 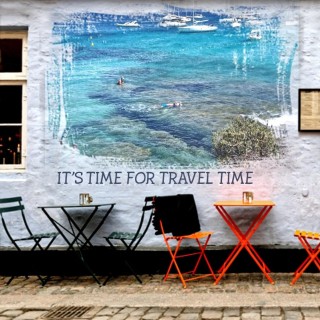 HI, I'm a Native New Yorker from Gramercy Park, Manhattan. While New York City will always be my home and I miss it dearly, I believe that life is about experiences and making the most of your life with what you want to do. For me, my inspiration came from watching Amazing Race, GlobeTrekker and Anthony Bourdain religiously when i was younger. Different cultures and people fascinate me and it has helped me enrich myself as an individual. Currently I am living in Paris and will continue my dream of visiting new places and sharing it with others. In the meantime, I will also give you glimpses of my Parisian life which you may find helpful if you ever decide to move here =) Hope you enjoy my blog! XOXO, Rachel